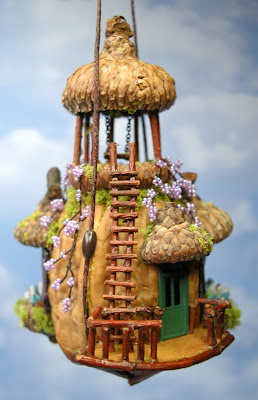 Welcome to Nuttycrest Cottage. It's residents are a bit eccentric. They have deviated from the villages strict building codes with their outrageous roof top addition of a gazebo /garden. It is the reason for a town hall meeting tonight at Twigs & Berries. Several of the villagers are furious. It seems that many residents want the offenders to move their house to a entirely different tree!

OK... I know, I said the last one was going to be 'it' for a while. I just couldn't help myself. I was laying in bed one night and thought... Oooooh a observation deck/roof garden, Then I had to turn on the light and draw a sketch to figure out how to make it work. Then I thought... It needs a swing with a 'wisteria like' vine growing down out of the gazebo. Totally crazy which is part of the reason for the name of the cottage. 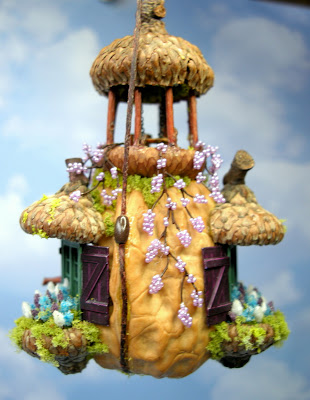 These are almost impossible to photograph. The purple 'berries are so vibrant,deep and sort of metallic... The color is really off in these photos. ;-(( I finally gave up this morning and settled for these. They are so small and there is just so much going on 360 degrees. 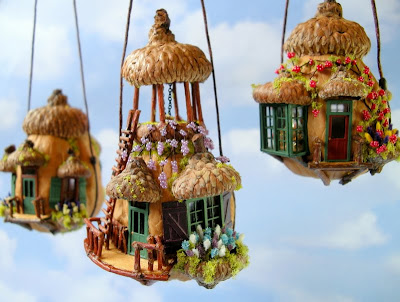 Don't forget to click twice on the photos for a close up.
Posted by Catherine at 12:15 PM 24 comments: