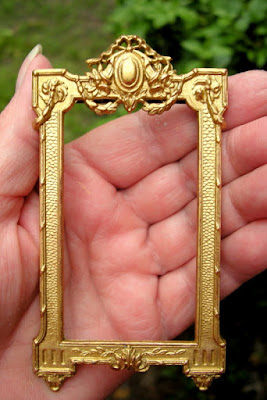 I did a repair on a French frame I bought in Etsy. The frame arrived today from France. It had been broken and was missing a couple of small parts. The first thing I did was use Apoxie putty to carve the missing pieces. I did that right on the antique metal frame. Then I sand cast a new frame in pewter. I intend to use this for a mirror. Pewter melts at 400 degrees, so I can do this casting in my kitchen melting the metal in a cast iron skillet on my stove. The sand is so fine you can press your finger in it and it will pick up your finger print.
Long ago Catherine http://miniaturemaisondesouris.blogspot.com/ sent me a jar of her favorite gilding wax. I assume it is a wax. it smells heavenly! She sent me her favorite color which she thought most resembles real antique gold gild. I took the finished pewter frame and compared it to a early eighteenth century gilded frame I have, it was a perfect match! I can't read the directions about how you are supposed to use it as they are in French. I am wondering if I am supposed to buff it a little with a cloth now that it is dry? 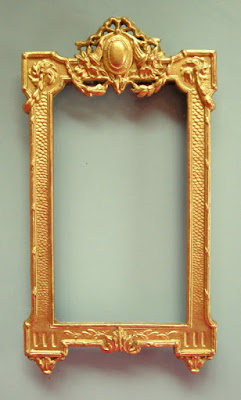 I also made the French architectural mold and cast a few in Apoxie putty. I think I am going to try a different material to cast them in. The putty takes too long to harden and I don't like the surface look of it.. 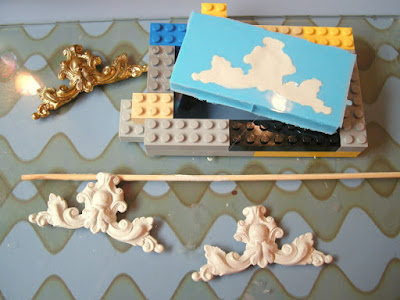