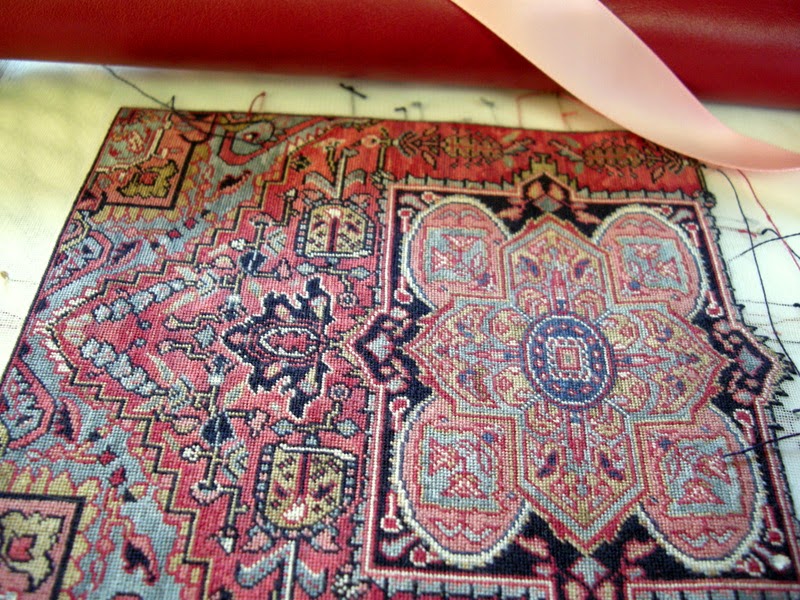 Today I had to take the petit point carpet off the frame. I wanted to turn it around to stitch the other  half looking at it right side up.  Doing that won't make any difference to the direction of the stitches.

The frame I bought to work it on uses hook and loop tape (commonly called Velcro). This is what holds the silk gauze on to the stretcher bars. I have kept the piece tight on the frame. Unfortunately, that caused the tape to move and got glue from the back of the tape on the remaining silk gauze I had rolled up. ( Could you hear me scream when I found that?) Grrrrrrrr

I think the best idea to get the glue off  the un-stitched gauze is to sandwich those areas between pieces of paper towels and iron in those spots. Just those spots because I would be afraid to iron over the stitches. If anyone else has a better idea I would love to hear it.

I have no idea what the back of everyone else's petit point looks like. This is the back of mine (such as it is). There aren't any knotted up wads of thread I am proud to say. Now that I have it off the frame I can feel that it really is the same thickness too. 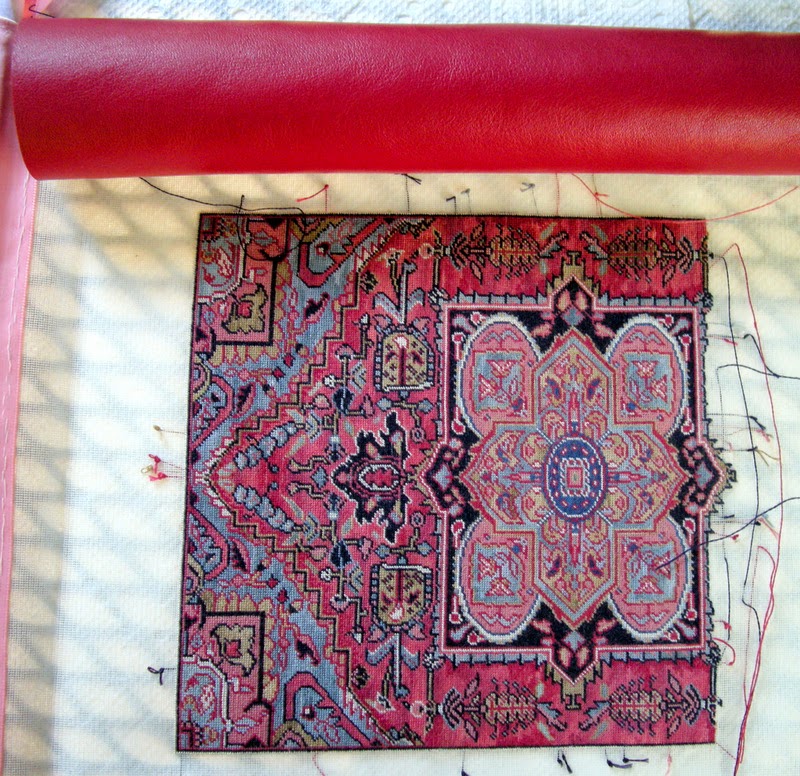 I was so excited to find this raspberry leather. It may not show it on this photo but it is a perfect match to the over all color in  tone of the carpet. I think I will make a child's tufted antique leather chair out of it. 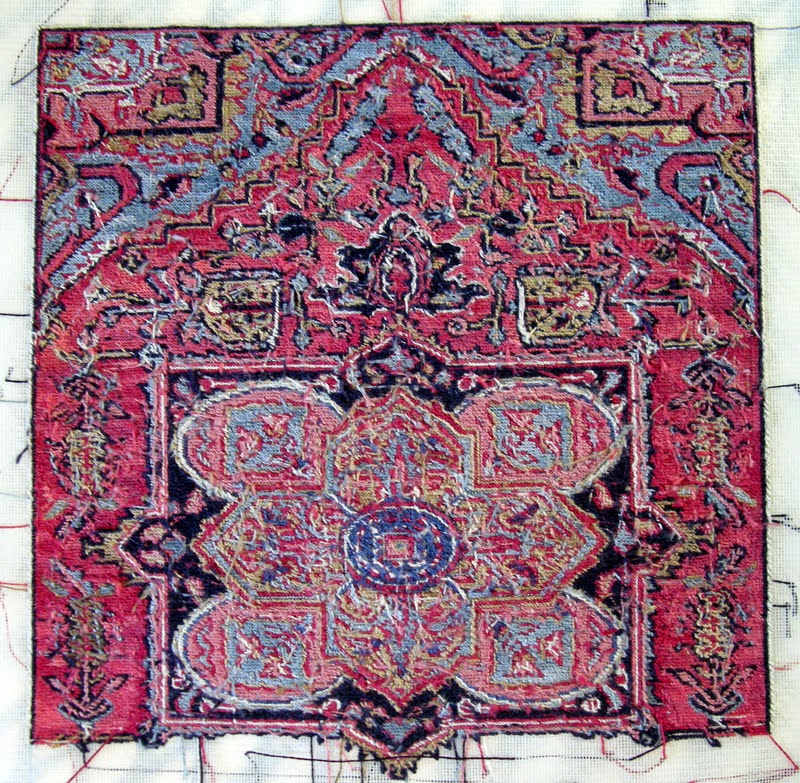 This is the back. I hope it looks as it should.