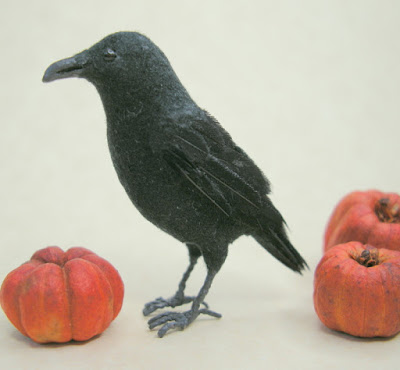 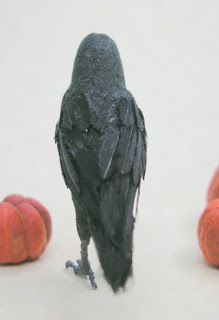 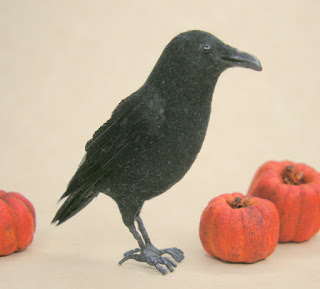 Ravens have managed their way into superstition, stories and poetry. It is said that if the ravens ever leave The Tower of London the Crown will fall and Britian with it. In Edgar Allan Poe's poem "The Raven" it symbolizes grief and death.  They sure have found their way into Halloween. I suppose that Poe's poem can take credit for that.


They are huge birds. As long as 25 inches in length and as much as 4.4 pounds. A lot bigger then a crow. 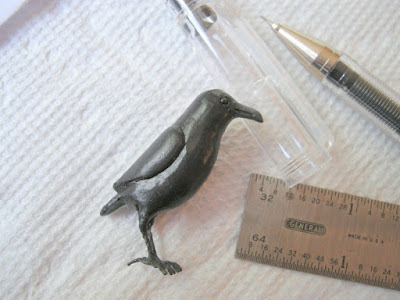 The inspiration for the miniature was actually Pepper's Gothic dollhouse. https://mitchymoominiatures.blogspot.com/  I wanted to make her something for it. She has received it now so I am not spoiling the surprise.

I had no idea how she wanted to decorate it so that made making something for the interior difficult. Then it suddenly struck me that a raven might look right sitting somewhere on the exterior. Old manor houses also seem to have a lot of taxidermy around he might even be used like that.

I had ordered a lot of black turkey feathers for this project so I made the one shown here. It is very difficult to photograph black!  There isn't any white lint on the bird, I had to lighten these a bit so you could see them. Otherwise they would have looked like a silhouette. He is jet black! 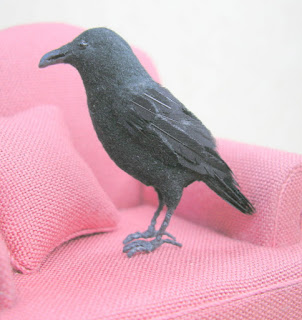 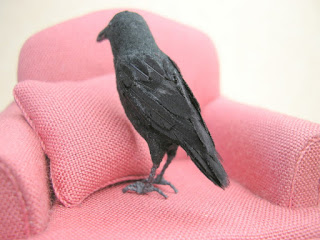 I cut his flock out of black silk embroidery floss. He was sculpted out of polymer clay. I only used the tips of the turkey feathers to cut down.

No color tweaking below. Here he isn't grayed from lightening the photo. 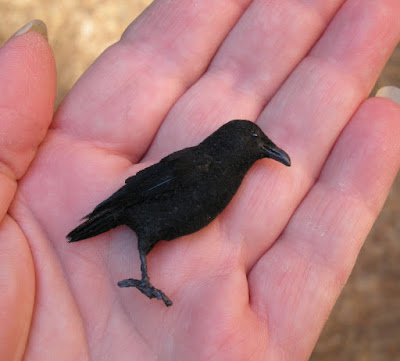